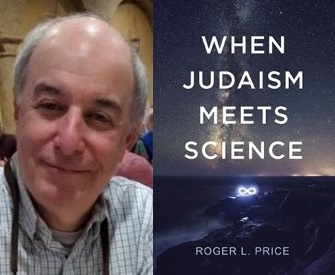 Please take a listen to this fascinating conversation with Wipf and Stock Publishers author Roger Price as he discusses his most recent work When Judaism Meets Science with Rabbi Richard Address on the SOM Pod.

Roger Price is a graduate of the University of Michigan and the University of Chicago Law School. Since his retirement in 2010 as a litigator with a major national law firm, Roger has written over fifty essays on the interface of Judaism and science. These essays have been published and shared on numerous websites including Judaism and Science and Jewish Journal, as well as cited or used by college professors, newspaper columnists, day school boards, and elsewhere.