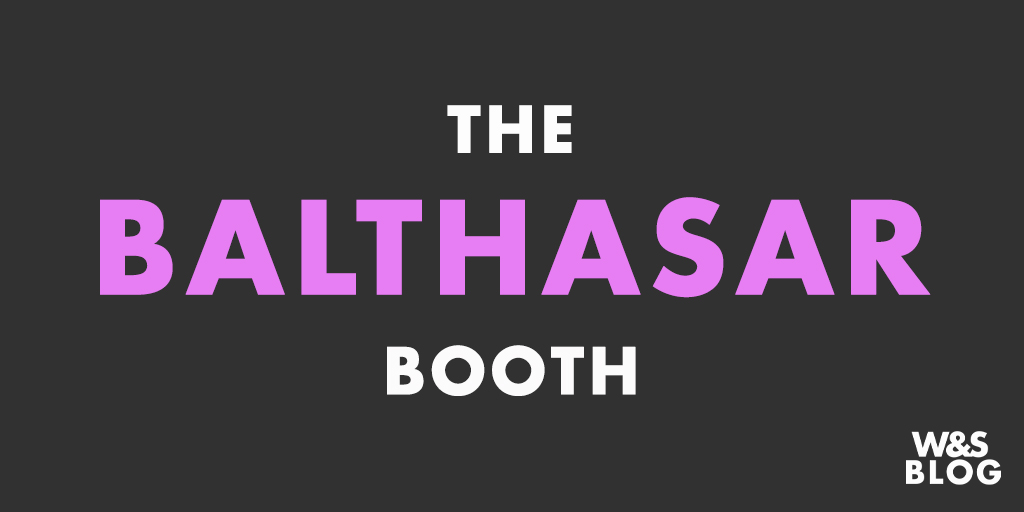 2022 marks thirty-five years since the final volume of Hans Urs von Balthasar’s trilogy was published. In honor of that magisterial, sixteen-volume collection, and in honor of his broader (and likewise massive) corpus, we at Wipf and Stock have put together a virtual exhibit to celebrate the legacy of this theological giant of the twentieth century. Browse The “Balthasar Booth” below to read three delightful interviews from some prominent Balthasar scholars, and please don’t miss out on browsing Wipf and Stock’s volumes by and about HUvB, also featured below. For the whole month of August, all titles featured in the exhibit are 40% off with coupon code “HUVB35”. We hope you enjoy exploring the many contours of the great Swiss theologian’s life and work as much as we have.

40% off all Balthasar Booth titles below

*Coupon code only applies to titles featured in the exhibit below

Self-surrender Is the Heart of Everything: Matthew Levering on Hans Urs von Balthasar

Carpenter shares her thoughts on Balthasar’s poetic manner of theologizing, Carpenter’s own poetry, Balthasar’s relationship to the East, his form of “Heideggerian Thomism,” and his theological risk-taking. Read more . . .

Ethics and the Acts of God: Layton Friesen on Hans Urs von Balthasar

Friesen discusses Balthasar’s synthesis of doctrine and ethics, Balthasar’s use of contemplation as a theological source, the relationship between HUvB and Karl Barth, and reading Balthasar among Mennonites. Read more . . .

Originally published in 1967 (the German title of the original volume translates to “The Whole in the Fragment”), A Theological Anthropology is described by the author as “an essay.” Indeed, it is man’s history of theology, without firm conclusions, but brilliantly written by one of the foremost theologians of his time.

Is Christian mission even possible today? In “a secular age,” is it possible to talk about the goodness of God in a compelling way? How should the church proceed? Carolyn Chau explores the question of Catholic mission in a secular age through a constructive interpretation of the work of two celebrated Catholic thinkers, philosopher Charles Taylor and theologian Hans Urs von Balthasar, arguing that Taylor and Balthasar together offer a promising path for mission today.

Pauline Dimech explores whether and to what extent we may attribute authority to the saints, but also how we may ensure that it is the saints, and not the scoundrels, whose influence persists and whose memory endures. The thing that drives her research is the thought that history is full of examples of individuals who held positions of official authority that they did not deserve. Dimech is convinced that Hans Urs von Balthasar can help us clarify the issues surrounding the authority of the saints. Besides establishing Balthasar’s involvement with the enterprise, this book tries to establish the theological foundations upon which the authority of the saints would have to be based in theory, and, possibly, already, however implicitly, based in practice.

Matthew Farlow traces the thoughts of Balthasar and Barth so as to enter into theological truth of God’s Being-in-Act. This exploration embarks on a journey into the reality of our Triune God who has engaged his creation so as to elicit fellow actors. God seeking out humanity is God with us, a truth that not only informs our theological endeavors, but invites us into the dramatic performance of reconciliation. As Farlow illumines, God is an acting God who seeks fellow participants in his ongoing drama of salvation. Through the dramatizing of theology, the church and her theologians come to realize God’s threefold movement—revelation, invitation, and reconciliation. It is a unified act that startles humanity, and thus theology, out of its “spectator’s seat,” so as to drag it onto the world’s stage.

In response to the recent critiques made against Balthasar’s interpretation of Christ’s descent into hell on Holy Saturday, this book argues that Balthasar does not intend to present a radical reinterpretation of the doctrine in contrast to the traditional teachings but rather intends to fully appreciate the in-betweenness of Holy Saturday as the day of transition from the cross to the resurrection, from the old aeon to the new. The book further argues that this awareness of the “in-betweenness” can be detected throughout Balthasar’s theological corpus and provides a clue to interpret his thoughts on Christian discipleship and suffering. After all, the Christian existence is also characterized by the transition from the old aeon to the new, from suffering to victory.

Hans Urs von Balthasar hopes that all might be saved. Critics say that makes Balthasar a universalist, and his universalism has become a hindrance for the evangelical mission of the church. Why would anyone evangelize and seek to convert others to the Christian faith if it is assured that everyone will be saved? Balthasar, throughout his writings, denied he was a universalist. He said that there is no way to know if all will be saved or not. Since God desires all will be saved, we can hope all will be, but until everyone has been judged, there will be no way to know if God’s desire will be accomplished. Why? Because God does not force salvation on anyone. God gave humanity freedom, and he will not remove it from anyone, even if it means he risks losing some to perdition.

How we define ourselves is crucial since it determines our conception of society, ethics, sexuality—in short, our very notion of the “good.” The traditional Christian teaching of “deification” powerfully addresses this theme by revealing the sacred dignity and purpose of all created life, and providing a comprehensive vision of reality that extends from the individual to the cosmos. Hans Urs von Balthasar is a valuable guide in elucidating the church’s teaching on this vital subject. Following the patristic tradition, he focuses his attention on Jesus Christ, whose kenotic descent in his incarnation and passion reveals both the loving character of God and the perfection of humanity. Christ is the “concrete analogy of being” who in his two natures as God and man unites heaven and earth. It is the Trinity, however, Lefsrud argues, that brings to fruition the fullness of the meaning of theosis in Balthasar’s theology.